AZ Property Inspections is a family owned, “mom and pop” business. Owners Liz and Tim O’Neall were both born and raised in New York and met while they were in college. They began their corporate careers in New York – Tim working as a Director of Sales for an Environmental Consulting firm in New York City and Liz working at various publishing companies on Long Island. 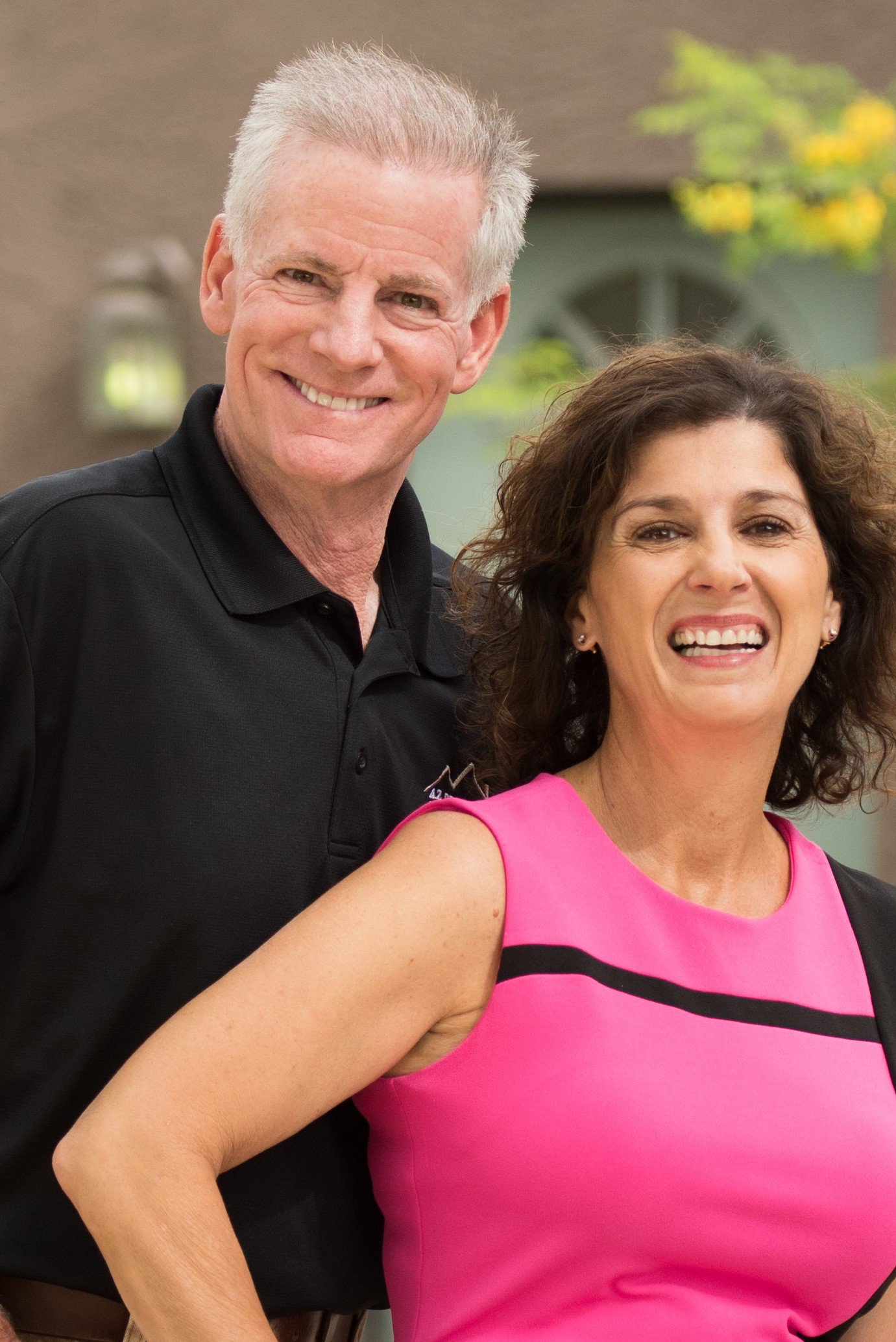 At Tim’s job, the majority of the deals he was involved with was in commercial real estate and building/restoration. On the weekends, he loved doing “do it yourself” projects on the suburban home that he and Liz bought as newlyweds. “Though I loved the fast-paced corporate culture of New York City, I always dreamed of becoming an entrepreneur,” Tim says. Unfortunately, that dream was hard to attain when he was in the daily grind (commuting 2 hours each way in and out of New York City every business day for more than a decade). “When Liz was offered a job in Arizona, I saw it as a sign that my dream of entrepreneurship could be a realty, so I took the leap of faith by leaving the corporate world and New York behind to fulfill that dream.”

When they moved to AZ, Tim decided to pursue a career in Inspections (from his passion of real estate and of the things he learned doing all those “do-it yourself” home projects). He took rigorous inspection training classes, became a member of American Society of Home Inspectors (ASHI) and passed the ASHI National Exam to become a Home Inspector in 1996.

While Tim began his new career as an Inspector, Liz continued her corporate work in publishing and corporate communications. Along the way, they were raising two beautiful daughters. In 2010, Liz decided to join the family business and help Tim grow AZ Property Inspections from one Inspector (him) to the multi inspector firm that it is today.

And they lived happily ever after….

I had the pleasure of working with the AZ Property Inspections team to complete my required Inspector certification parallel inspection training. Having observed and participated (as a student trainee) in dozens of inspections with Chad, Eric. and Tim, I can personally attest to the professionalism and quality of their home inspections and their entire inspection process. I have experienced first-hand their knowledge, thoroughness, attention to detail, professional character, and \"white glove\" level of customer and agent care and service. Additionally, I would be remiss if I didn\'t tip my hat to Liz. She was a tremendous guide and support throughout the process and helped make the experience extraordinarily meaningful and enjoyable. If you\'re looking for the best home inspection experience in Arizona - look no further than AZ Property Inspections.


Always Been on Time and Very Detailed

"I have worked with AZ Property Inspections for several years. They have always been on time and very detailed in their inspection reports. I would recommend them to any home buyer looking for a reputable company that cares about their customers from the start to finish."

Check out our video to learn more about us!

Request a Quote / Schedule an Inspection

Request an appointment with one of our certified inspectors today.

What to expect during a Typical Inspection

Inspector Tim takes you for an inside look